Understanding IVF success rates was once a top priority for me, as month after month resulted in either another negative pregnancy test or a soul destroying miscarriage. 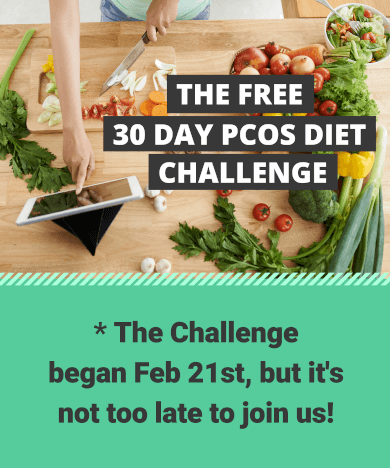 For those of you who don’t know my story already, it wasn’t until I started treating my PCOS through diet and lifestyle changes that I was able to fall pregnant despite several previous rounds of unsuccessful IVF treatments.

Applying these evidence based natural treatments is what my free 30 Day PCOS Diet Challenge is all about and it’s absolutely perfect for anyone with PCOS who is preparing to do IVF or any other type of fertility treatment.

Given the commercial pressures that fertility clinics face, they’re always going to present their success rates in the most glowing light possible. And unless you’re schooled up on some of the most common mistakes people like us make, it’s easy to become confused or mislead about what all these numbers actually mean.

As someone that’s been through more than my fair share of ovulation inductions, egg retrievals, embryo transfers, and all the testing and probing that goes along with it, I want to share with you what I have learned about the real chances of IVF success.

Back in the day when I first began my research, I wanted to know how successful is IVF and how many cycles I needed to go through to have a baby. I also wanted to know what the chances were of IVF working the first time. 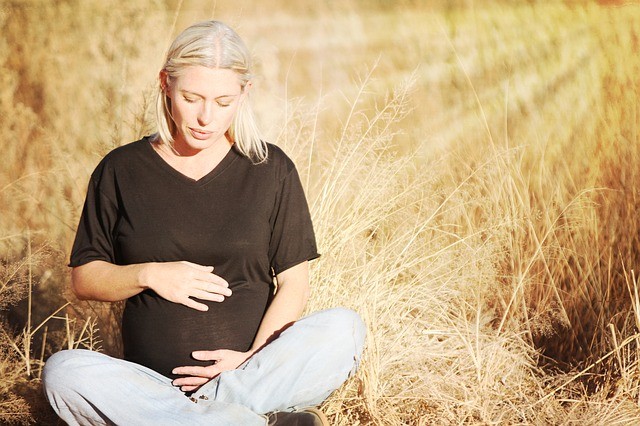 These seem like pretty simple, sensible questions, but as anyone who has dared dip a toe of interest into the vast deep sea of fertility treatment has found, these are heavily loaded questions and the answer is far from simple.

As I soon discovered, just about every fertility clinic, statistical data authority, or online calculator reporting IVF success rates draws their information from one of the following legislated sources where the answers are not always as they seem (from a patient’s perspective anyway):

In a bid to understand my chances of IVF success, I took a quick dive through the vast information available from these sources and came away thinking I had the information I needed. I skipped merrily along thinking things looked pretty promising after reading my chances of IVF working the first time was somewhere around the 40% mark. I naively thought that meant I had an 80% chance if I did two cycles, and that I’d definitely have a baby after three rounds at the most. Unfortunately as later reflection revealed, math and statistic just don’t work like this…

The consequences of my error meant that I underestimated how much time, money, and emotional investment having a baby was going to take. And even worse still, I didn’t know my chances of failing were as high as they were.

While I’m not on the list to receive a Nobel Prize for mathematics any time soon, I do have enough understanding of how probabilities work to know that roulette isn’t a very viable long term career choice. Figuring that if I could make this costly error in analysis, there must be at least a few others out there that have, or will, make the same mistake as me…

Well let me set the record straight for you.

One of the first mistakes I made when looking at IVF success rates was assuming that pregnancy rates meant ‘having a baby’. While in retrospect this might seem like an obvious error, I still made it.

Success rates are normally measured in terms of pregnancies and/or delivery rates. These two numbers are never the same due to the unfortunate reality of miscarriages and stillbirths. 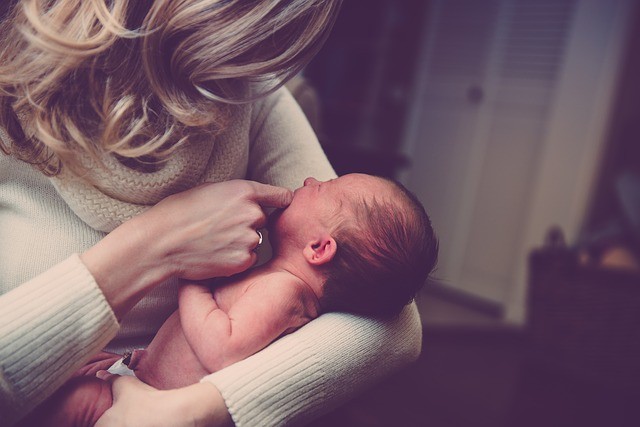 When IVF clinics talk about reported “pregnancies”, they are usually referring to “clinical pregnancies”, which are defined as a pregnancy that is known to be ongoing at 20 weeks.

“Live Birth” or “Delivery” refers to the birth of a baby, or babies in the case of multiple births, with the birth of twins or triplets etc. counted as one live birth or delivery. To me live birth rates are the most important metric when looking at IVF success rates since the whole purpose is to have a baby, rather than to just get pregnant right?

IVF Success Rates: The Demoninator Is Everything

The next major point of confusion that fooled me was the way in which IVF success rates are reported. These rates are always reported on a per cycle or per embryo transfer basis. Some typical examples are shown below: 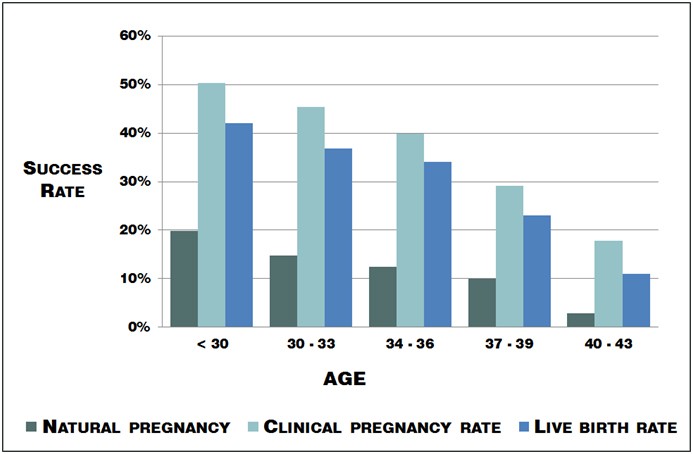 Figure 1. IVF success rates for each embryo transfer reported by a commercial group of fertility clinics for patients using their own eggs.

Figure 2. Success rates reported by the CDC in 2012 for patients using their own eggs.

Success rates that are reported on a per cycle basis, are calculated by taking the number of pregnancies or live births and then dividing them by the number of egg retrievals initiated in the clinic.

Per Transfer results are calculated by taking the number of pregnancies or live births and then dividing them by the number of times fertilized embryos were placed back into a woman’s uterus.

The differences in the per cycle and per transfer figures are due to cancellations (where egg retrievals did not go ahead as planned), and cycles where no eggs were successfully retrieved, fertilized, and transferred.

The problem with this approach to reporting comes when we take the probabilities presented to mean something they don’t – like I did. 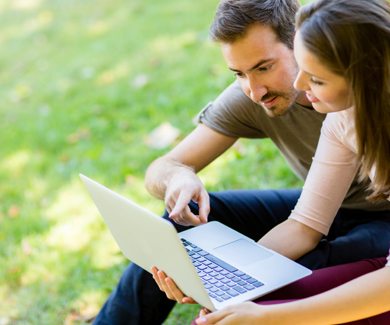 These results show how successful an IVF clinic is at delivering results, and can be used somewhat coarsely to compare and choose different IVF clinics. But what they don’t tell you is what your personal chances of success are, and this is what you really want to know right?

The actual IVF success rate you want would divide the number of live births by the total number of women who under-go treatment. This tells you the percentage of women that walk home with baby, and the number of people that don’t.

Because many women will under-go multiple cycles in any given year, the results on a per woman basis can be significantly different to the per cycle, or per transfer figures. The example below illustrates this point:

Example 1: Comparison of per cycle, per transfer, and per woman IVF success rates for women aged 35-39 undergoing fresh IVF cycles using their own eggs.

What these results show us is that while 23% of cycles initiated, and 31% of IVF cycles undertaken resulted in a pregnancy, only 25% of women in this sample group actually ended up with a baby after a year of IVF treatment. The other three quarters of the group went home empty handed.

What we cannot conclude from these results is that if a women aged between 35 and 39 undergoes 5 cycles, her chances of having a baby will be 85% (i.e. 17% x 5). This is because as the “per woman” results show, a large percentage of women who undergo IVF will not fall pregnant.

The current reporting of IVF outcomes by many IVF clinics is confusing at best, and inadequate for public consumption at the very least (the purpose to which they were supposed to be created). Even many industry leading experts seem to believe an overhaul of current reporting on a per cycle basis is needed. 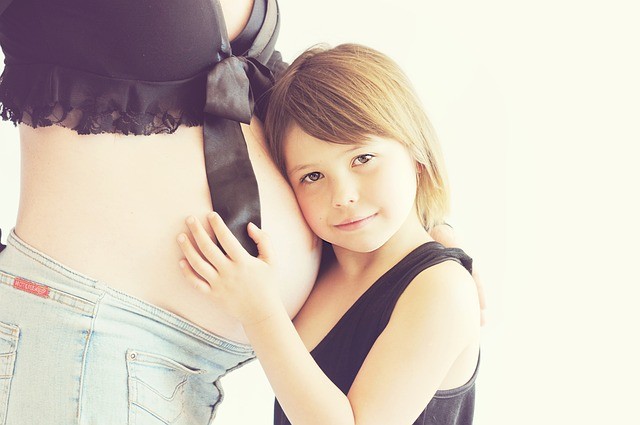 Fortunately it seems these voices are starting to be heard with the Society for Assisted Reproductive Technology (SART) now offering an IVF success rate predictor that shows you a cumulative live birth rate that you can tailor to your age, weight, and infertility diagnosis.

The cumulative live birth rate serves as a very close approximation of the per woman success rate statistic me and every other woman who ever considers doing IVF most needs to know. 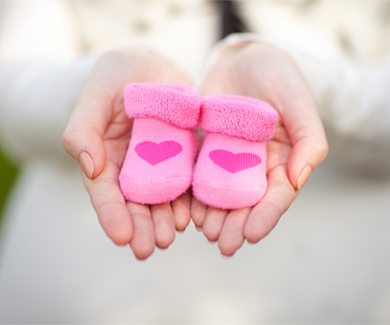 The best place to get a feel for your cumulative live delivery rate is by visiting the SART website and using their IVF success rate predictor tool.

Using this tool you can understand the chances of IVF working the first time, and what happens to these odds when you do two or three cycles.

This tool is also very useful because it also provides you with an indication of the risk/reward of doing two single embryo transfers, vs using multiple embryos in your first transfer. Using only one embryo at a time when doing IVF pretty much eliminates the risk of having twins, however it can be more expensive doing it this way making it a tough decision for many couples. The SART IVF success rate predictor tool can help you quantify these risks for your personal set of circumstances.

So there are two take home messages here for anyone considering IVF:

For readers like me that have PCOS, or for those that suffer from irregular periods and are doing IVF the best thing you can do if you want to increase your chances of falling pregnant is to get your body in the best health possible… Especially if ovulation is your number one barrier to success.

Irregular periods and PCOS related infertility are caused by a hormone imbalance that can be reset by making a series of simple (but not easy) dietary changes. While this is well documented in the scientific literature, the growing number of case studies I see each day is what really compels me to share this message.

A PCOS friendly diet has been shown to not only restore ovulation in people that almost never get a period, but it also increases the quality of your eggs, reduces miscarriage rates, and lessens the chances of gestational diabetes, and pre-eclampsia during pregnancy. 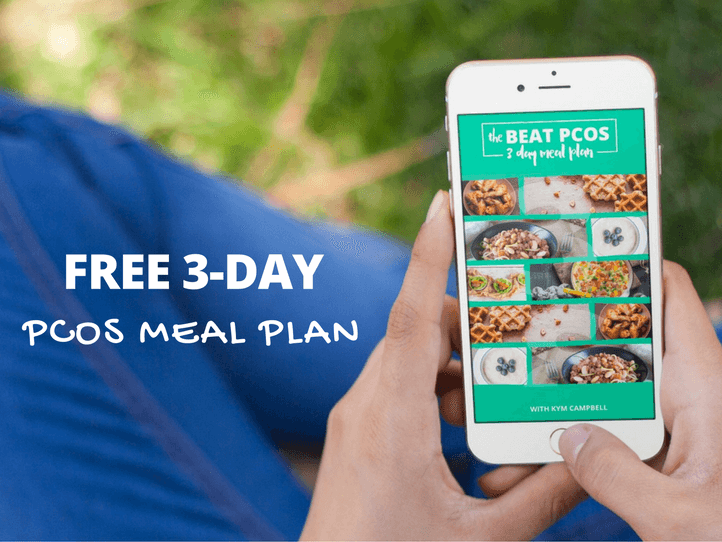 So regardless of what you decide to do with your assisted fertility treatments, make sure to download my free 3 Day PCOS Diet Meal plan here or come and join me for my next free 30 Day PCOS Diet Challenge. 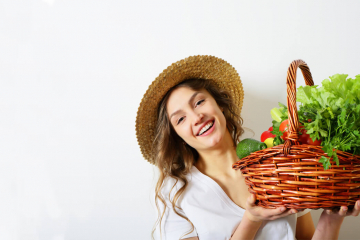 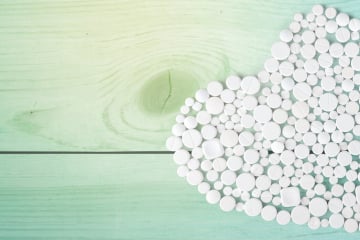 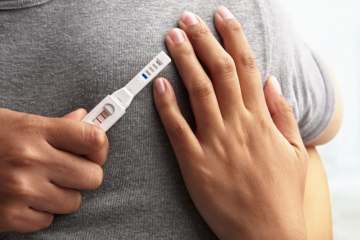 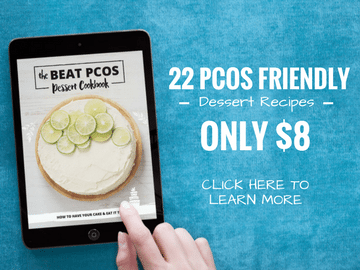 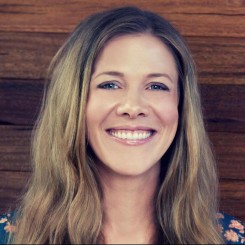